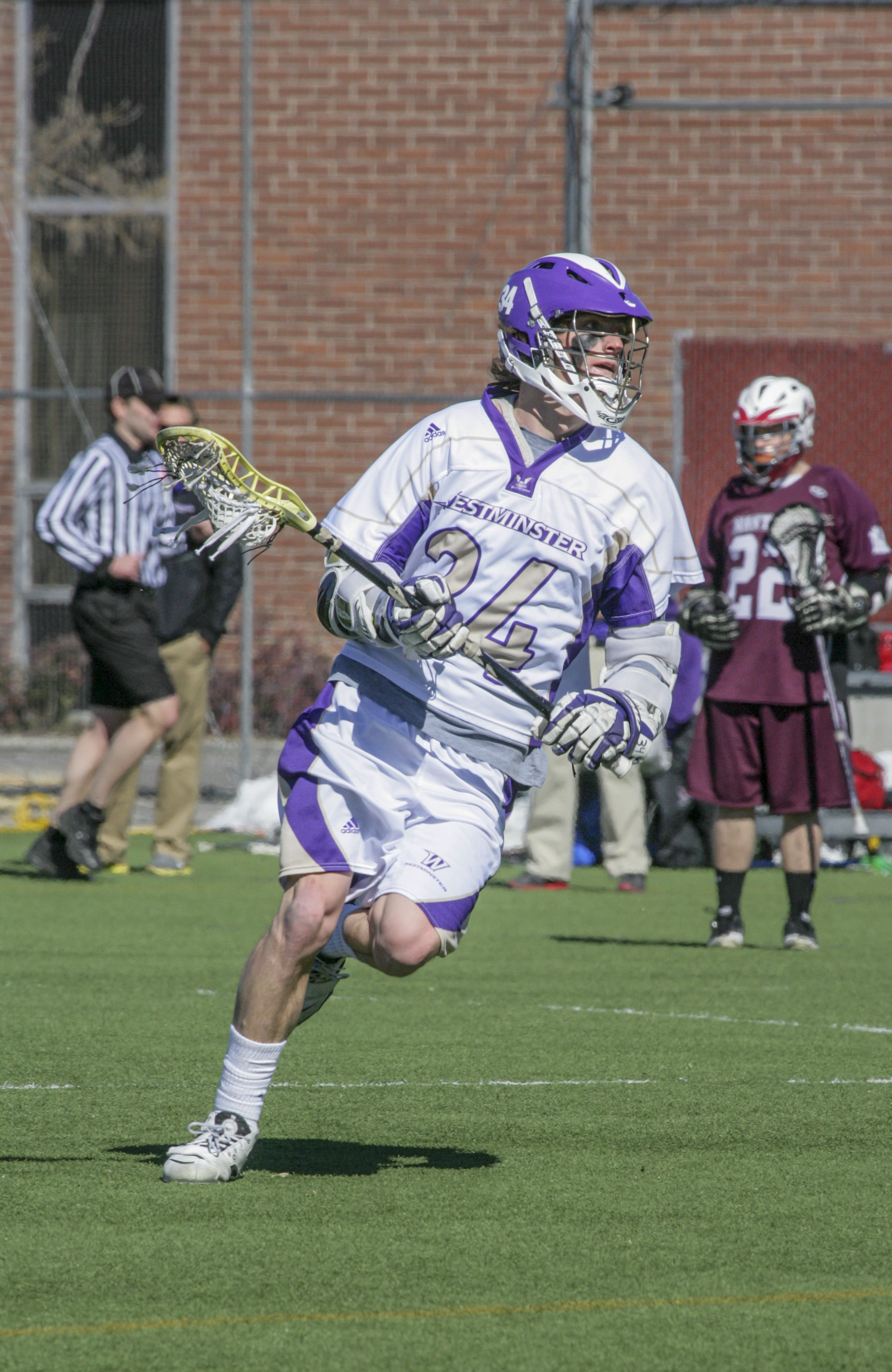 Matt Hearn during his lacrosse season. A scholarship has been set up to memorialize Hearn who passed away July 13, 2017. (Photo courtesy Bob McLellan)

“Matt had this tremendous spirit about him,” said Scott Kellner, a close friend of Hearn. “He was somebody that people liked having in their lives, and most people planned on having him in their lives for a long time.”

To “commemorate and memorialize” Hearn’s legacy, his family and friends worked with Westminster men’s lacrosse to create an endowed scholarship said Kellner, a Westminster alumnus (‘13). The money for the scholarship comes from donors who knew Hearn as well as outside fundraising efforts Kellner said.

“We made sure people knew about [the scholarship] and could make it easy for people to give to it,” Kellner said. “We had a big game where we honored Matt and talked about the scholarship and had [information] on the website.”

Unlike many scholarships, the recipient of the Matt Hearn Memorial Lacrosse Scholarship is chosen by the entire men’s lacrosse team.

“After fall ball is over, I ask the team to select the player that most meets the description of how Matt’s teammates remember him,” said Mason Goodhand, head coach for men’s lacrosse since the team began in 2007. “A humble player, a player that is positive in his comments and his support for others, is basically what [players] are trying to articulate or define when nominating one of their teammates.”

The recipient of the scholarship will also compete in the spring wearing Hearn’s number, Goodhand said.

“Matt was a very positive young man, very supportive of everybody else on the team.” Goodhand said. “Though he was an elite level player, he treated the benchwarmers and the guys that were just apart of the team like they were rockstars. Matt was probably least impressed with himself.”

Dylan Tuor, a junior finance major, is the first student to be awarded the scholarship.

“At first I was super shocked and it was kinda like a wake up call.” Tour said. “I really felt honored that my team selected me and said that I emulated similar behaviors as Matt […]. To have people actually recognize me, and say that I’m all these things that I’ve always strived to be was really like whoa!”

Shay Harris
Shay is a senior communication major who enjoys all things outdoors. She has an interest in public relations but is just winging it until she finds her passion. She likes to play crochet and drink beer, sometimes simultaneously.