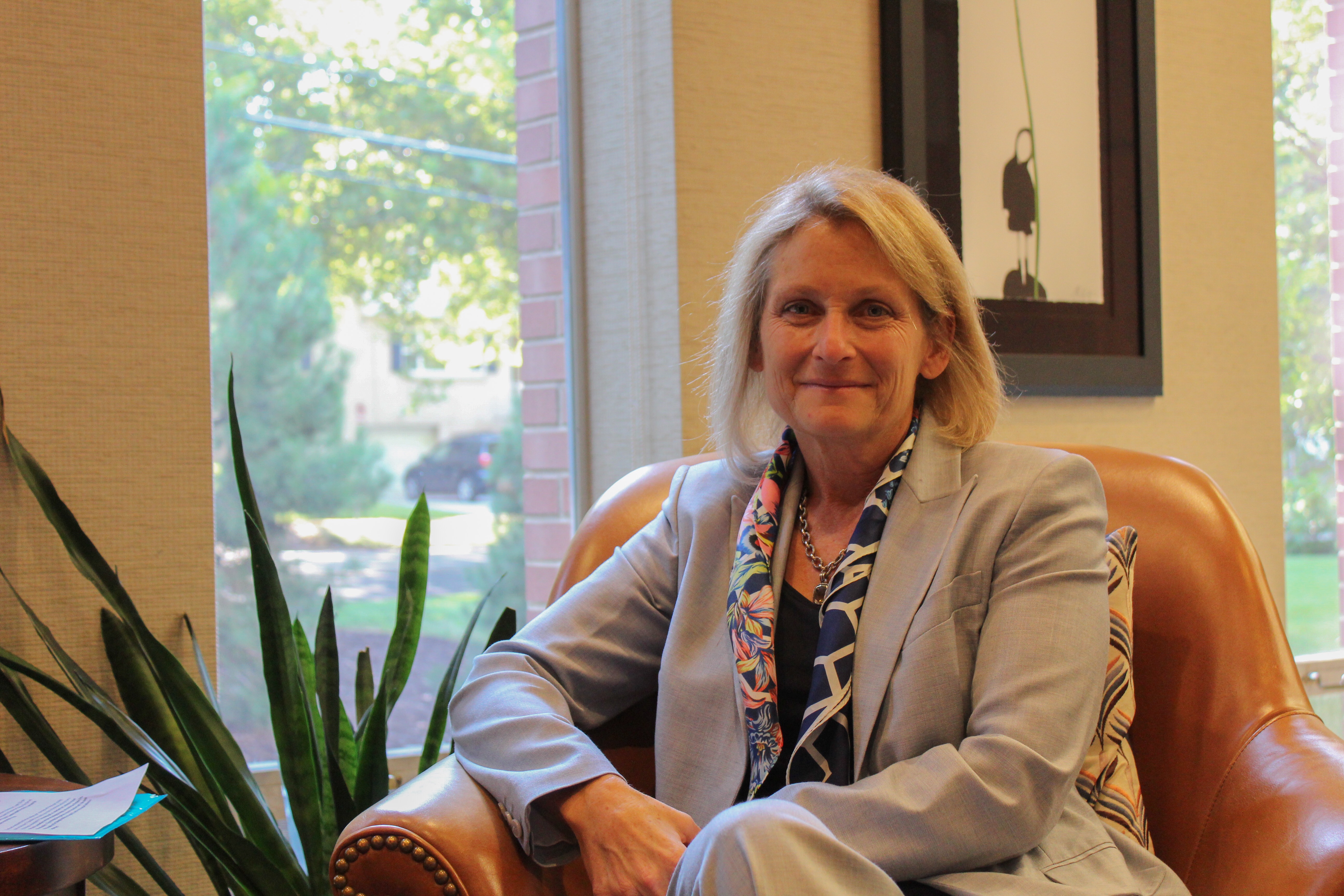 Westminster College’s new president Bethami (Beth) Dobkin, Ph.D., discusses the qualities that attracted her to Westminster as well as her future plans as president in her office on Aug. 9. These plans include personally connecting with students and emphasizing the importance of diversity and inclusion. (Photo by Cami Mondeaux)

In March, the Board of Trustees announced its decision to hire Dobkin, former provost and vice president of academic affairs at Saint Mary’s College in California, after a closed search earlier in the year. A closed search means only members of the Presidential Search Committee were involved in the decision.

The Forum spoke with President Dobkin about the reasons she came to Westminster and her vision for the college’s future. Her responses have been lightly edited for clarity and conciseness.

Q: How has your transition to Utah been so far and what has been the biggest change from the San Francisco Bay Area where you’re from?

A: It’s been great. It is different and one of the reasons [my husband and I] have been loving Utah and Salt Lake City so much is because it combines having some urban properties like our music cultures […], which we loved, but we also like having the easy access to get away from it.

Q: In a statement to Westminster’s Board of Trustees, you mentioned you wanted to challenge students while providing a supportive and challenging education. What are plans to achieve that?

A: One of the things that attracted me to Westminster was that the commitment is already here. The passion is already here. I can’t say that I have a particular plan yet that would relate to diversity and inclusion, but certainly there are all kinds of things that can be done in curriculum, in recruitment, in policies that explicitly recognize and support the importance of diversity and inclusion.

Q: Is this commitment part of what attracted you to Westminster?

A: I would say the commitment and the passion primarily [attracted me to Westminster]. To me, diversity is about demographics and perspective, whereas inclusion is about how you create an environment that draws value from that diversity.

Diversity in some ways is easy because it is counting. It is saying, ‘We have a number of this and a number of that.’ The more difficult project is creating a community where there is an understanding of how to engage with one another in a way that recognizes that it makes us better. You can’t have excellence without having that kind of engagement. So that’s where I see the passion and the effort. It’s here and I wouldn’t want to be in a place that didn’t have some commitment to that because otherwise you can’t have excellence.

Q: What other things brought you to Westminster?

A: Some of the commitments that I mentioned earlier such as having a commitment to quality, equity and inclusion. Having a size that allows for a kind of community that is big enough where everyone doesn’t necessarily know each other so you’re challenged to learn from others who you don’t know, but also small enough to create a sense of community that is intentional. That was very important to me. 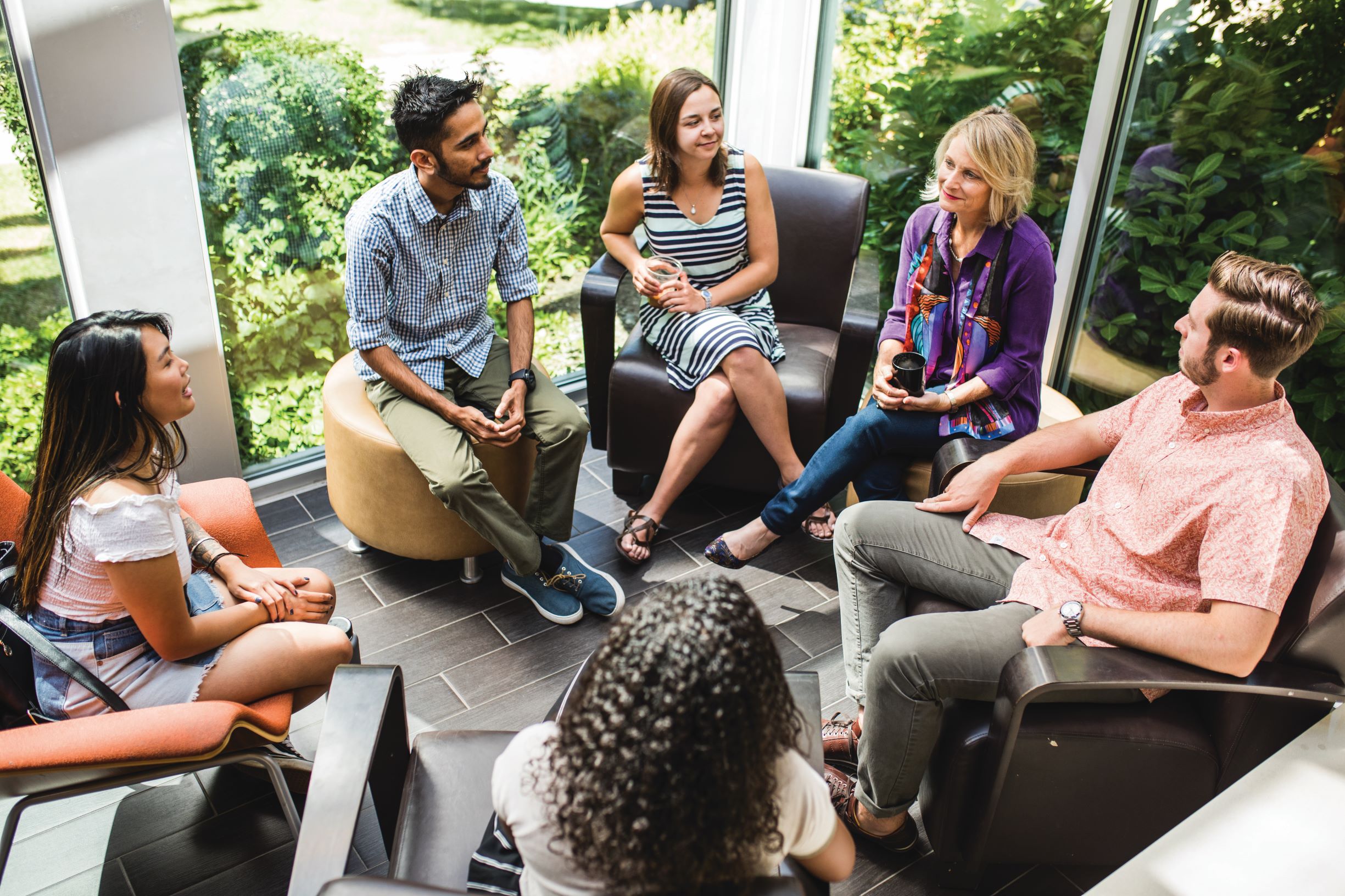 The quality of the faculty and students was also striking. […] I hear students talking about how Westminster pushes them to places they didn’t know they could be and helps them discover talents they didn’t know they had. That’s ideal. And the faculty are absolutely committed to active learning, to pedagogies that are engaging and innovative and really addressing what students are bringing to them. All of those things are where I want to be.

Q: You mentioned the small community at Westminster. Do you plan to maintain this kind of environment? Is it important?

A: I think we have had the capacity to be a little bigger, but I wouldn’t want to be much bigger. I think it is becoming increasingly important to have people learn in environments where they are encountering and engaging with people who they wouldn’t otherwise; peer-to-peer learning, learning in teams, collaboration, all of those things are becoming increasingly important. You’re not going to find that in a place that doesn’t have communities that are intentional and part of the learning experience. Keeping that quality is important for who Westminster has been and who it will continue to be.

Q: Is there anything else you would like students to know about you? Anything they can look forward to in the coming year?

A: I will try to be out and about as much as I can. I miss the classroom so any opportunities I have to go to events or meetings that students have I will try to go to. I want to find out how students want to connect with me. In the past, I have done things like open office hours and lunches where students can drop in […] and bring whatever it is that’s on their minds to me.

I want to know where students are and not just have people come to me, but go to them. It may even be as simple as walking through the residence halls once in a while or eating in Shaw as well as going to formal things. I’d like to know what people’s dreams are and what their passions are. And getting that from the students is really important for me.

*The print version of this article featured a photograph courtesy of Michael Kunde.