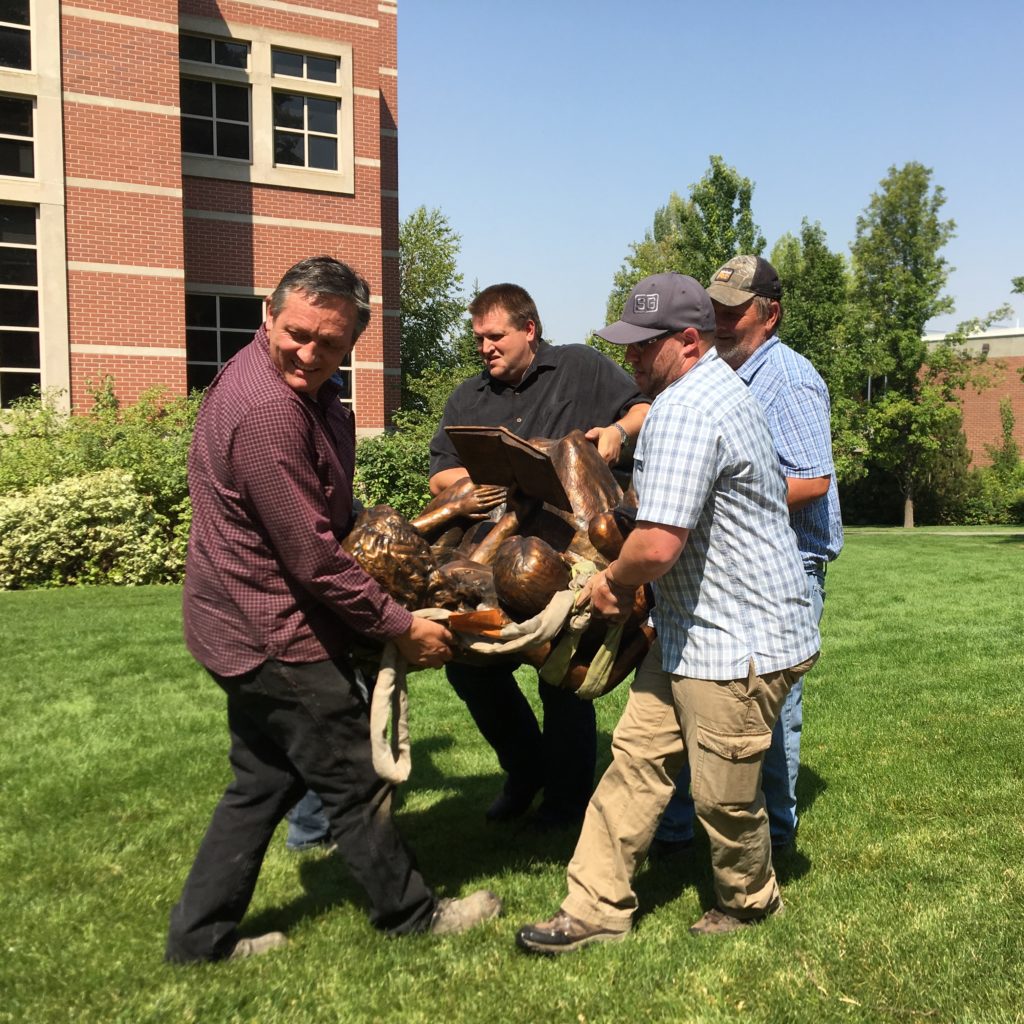 Kenton Gregory, Earl Widner and two Main Street Art representatives carry the donated Memorial Garden statue across the yard of Giovale Library at Westminster College. Widner, a maintenance worker with over 20 years experience, says retirement is only a few years away. (Photo by Mackenzie Quarry)

Some years Westminster College’s maintenance department has seen over 150 work orders in one weekend said Kenton Gregory, a maintenance foreman at the college.

In 2017, $4,000 worth of property damage was caused by a single incident when students living at Westminster on the Draw rampaged through the hallways of the building destroying exit signs and ceiling tiles.

Gregory, who has worked at Westminster for five years, explained that because of the extensive damage, they were delayed in finishing necessary maintenance for the college grounds.

Gregory said he and his team of three are on campus at all hours of the day to make sure the needs of the campus community as well as the grounds are met.

“We only have four guys that cover all of the maintenance and all of the issues that happen here on campus,” Gregory said. “We do everything from snow, electrical, plumbing, painting, remodels and some janitorial.” 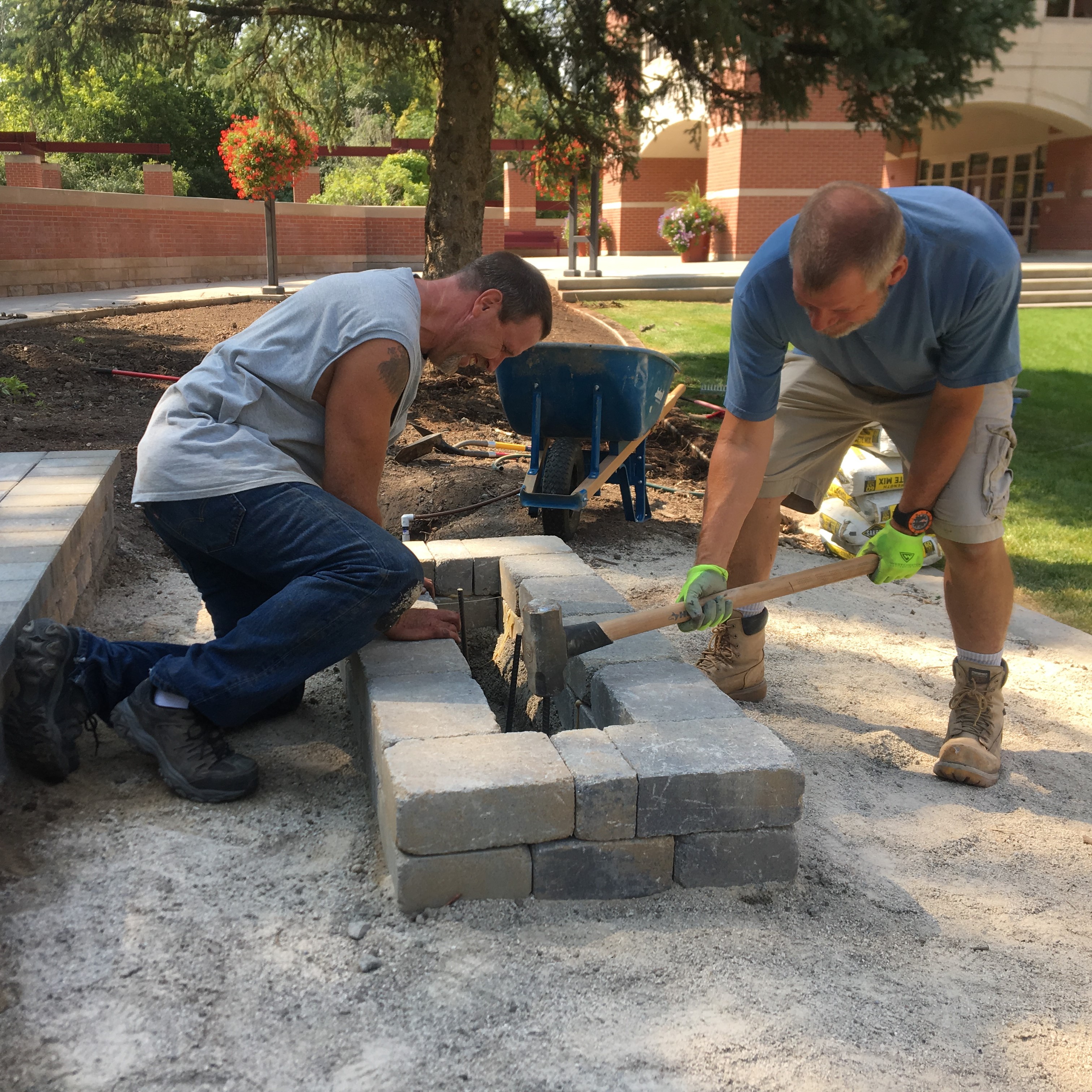 Two contracted workers place stakes outside of Giovale Library at Westminster College to prepare for a new statue that was placed on Aug. 14. The statue commemorates Brenda Forbush-Boffa, daughter of Westminster graduate Deanna Forbush (Photo by Mackenzie Quarry)

Westminster’s maintenance crew is scrambling to make sure the campus is ready for the new semester Gregory said. And due to the college’s tight budget over the last couple of years, the maintenance department has gone from six employees to a dedicated four.

“We want nothing more than to see this place succeed,” Gregory said. “We’ve got projects that we would love to do, to help beautify the campus […]. But again we just don’t have the time, we’re on a dead run, scrambling constantly.”

As the campus continues to grow and expand, it seems as though Gregory’s team gets smaller still.

Earl Widner, an experienced maintenance worker of 20 plus years, said he has only a few more years until retirement.

“We’ve told him he can’t retire,” Gregory joked. “He’d be a hard one to replace.”

Holly Patterson, an administrative assistant for the plants administration, said the first two to three weeks of school can be the most overwhelming for the maintenance department.

Patterson works hand-in-hand with the maintenance team overseeing work orders and the furniture replacement requests for the residence halls. She said the amount of requests she receives at the start of each semester is too overwhelming for her and her student aid Connor Edson to handle alone.

With a staggering number of projects and few employees, both Patterson and Gregory ask that students and faculty be patient.

“Every issue that we get is an emergency to someone, so we try to respond that way,” Gregory said. “If they think it’s an easy job and that it’s something that anyone can do, then come spend a day with us.”

*A previous version of this story listed Westminster on the Draw as On The Draw.